We went to Jakarta, primarily to re-experience the Java Jazz Festival, which left us a feeling of a surreal “jazz” high until the last day of the festival. We were a group of 6 from Davao, a mix of musicians, artists and entrepreneurs.

Our Java Jazz experience was punctuated with an in-your-face live jam session with these amazing Indonesian and international jazz artists in Hotel Borubodur. It’s like you fall in love with music and jazz all over again.

If you have’nt been to Java Jazz and you love music? Make a point to go. For us, and the second time around, it was, and will always be, an awesome experience.

The last day, was reserved for our last minute shopping for “pasalubongs”.  And we’re supposed to be at the airport by a little over 10:00 and I booked our Airbnb condo, strategically situated, near everything we needed, like shops, the JIexpo and yes, 30 minutes to the airport.

So you can imagine, at that time, with all the Java Jazz re-experience, the “pasalubongs” carefully tucked in our luggages,  we thought nothing can ever go wrong. Well, that’s what we thought anyways. At the back of my mind, well, in almost everything I do, is always the whisper of Murphy’s Law. “When you think nothing will go wrong, something will.”

If only it was me, I would always wanted to go to the airport at the least 3 to 4 hours before departure. But we were at that mood where it was easy and it was free to feel that way because we were supposed to be 31 minutes from the airport as what you can see from the map below.

We wanted to leave actually by 10:30 until one of the group, Dad E, had the last urgency to use the men’s room, so we were set back 20 minutes. My husband, Roy, booked our Grab taxi by 11:15 and well, I depend on my husband for a lot of things, and this is one of those things. I assumed the location was “correctly” set, the Grab driver booked and on his way to pick us up, bring us to the airport. Bing, bang, boom. EASY PEASY LEMON SQUEEZY.

ASSUMPTION, THE MOTHER OF ALL F*CK-UPS

Roy booked a 7 seater Daihatsu Sigra mini suv. When our Grab driver pulled in front of the lobby, without a smile or a word, helped haul our luggage in the back of his car, and nonchalantly sped away. We mumbled a few words of thanks and a sigh of relief at that time.

The drive to the “airport” was nice. No traffic. Nothing unusual but just wide lanes. At that time, we rode past very modern Indonesian buildings, which was a I think another metro “pocket”.

When we finally got to the airport, me and my brother had a queasy feeling of uneasiness. Because there was no Soekarno-Hatta in any signs, no english markings on the sign posts and so initially we thought we were dropped at the wrong terminal because we were supposed to be in Terminal 2.

There was no rush of people at the entrance and that was our first sign, that something was wrong. Luckily, there was an Indonesian woman walking and my brother asked her and showed her our boarding passes since we already checked in and printed all our boarding passes from Davao.

She said, wrong airport, you are late and luckily, our Grab driver, was still hanging by because from what I can sense, he might have felt or sensed that we incorrectly booked the location of the airport. The lady showed our driver our ticket and he was shaking his head.

We were, at that time at Halim Perdanakasuma airport, one of three  airports in Indonesia.

Our group was at that time, divided into two, Chel Venuti and Ahbet, was ensconced in the same hotel and our group, me, Roy, Edwin Alconera and my brother, was in the Airbnb apartment that I booked. We had a group chat, and they were asking us where we were because there were already checked in.

I dropped the bomb and  told them we were at the wrong airport.

FAST AND THE FURIOUS

Our driver, with the new information immediately helped us again with our luggage and we profusely, with panic hauled ourselves in the Daihatsu Sudra and the driver raced our way to Soekarno-Hatta international airport, like a cut out of the movie, Fast and the Furious. He was out of the wrong airport, like in a drag race with his open tube flaring.

Deep inside we were saying our “shits” and “fucks”, me, I was in agitation. I’m not good with things I can’t control and this is one of them. I can’t blame anyone, not even,Roy who booked the place incorrectly. This was fate’s doing and yes, assumption.

That was not the last of it. There were a series of unfortunate events that happened shortly after that.

A SERIES OF UNFORTUNATE EVENTS

The first, we were greeted with traffic. Yep. Traffic that moved like every 2 minutes and remember that we were running for the clock. This went on for about 5 minutes which left us in despair and wished our car had wings.

The second, our Grab driver’s toll card was not working, and he pleaded with the toll officer to let us through because we were going to be late.  At first, he backed up, but realizing we had nowhere to go, he went forward again, opened his door and went to the car right behind us. What he did? He paid the driver to take his extra card instead and whew, we were through the toll gate.

The third thing that happened, was when his fuel gauge is reaching “empty”,so he rolled down part of our windows,  to conserve gas, and we were in the express way! JJKShjklhdkljshd. Exactly. Yep.

What else can go wrong right?

He then called some of his friends, I think, and asked us if we want another taxi because his fuel is running on empty. OH MY GOD! Remember that we were in the express way.

So we ducked into some shady streets and sped right back to where we were  into a gasoline station which HAD A LONG LINE. He pleaded again with the first in line and told us our situation. Funny, I think he told them, we needed to get these crazy filipinos out of Indonesia. Lol. But that was just me, making some comedic sense of the sitch.

So we paid for fuel and again off we went. My brother, Bong, asked the driver, “Sir, are you sure we can make it?” He replied, “I sure!”. With that small nugget of commitment and promise, we were a bit consoled.

He was amazing, our driver, he sped into the streets, cutting corners, doing what he can and totally invested into our predicament. This was 12:10am and we were still on the road.

What would usually take 50 minutes, our driver took it in 35, give or take. He was awesome! But the story is not done yet.

The plane started boarding at 12am. And we were still 20 minutes out.

We were then just 10 minutes away from Terminal 2 and this gave us a sliver of hope but at that point, my mind was already racing and was confronted with the reality that I might have to stay another day in Jakarta and pay another round of tickets from Jakarta to manila and Manila to Davao. Oh boy!

12:30am we were 1 minute away from Terminal 2. The Grab driver, finally stopped at Gate 2, even though we were supposed to be at Gate 6. We didn’t even had time to say thank you but Roy did give at the least 200k for the trouble he went through. And we were off!!

There was no open counter and at first, they were not allowing us to pass through but we pleaded and pleaded until one of the airport terminal officer requested for our tickets, and immediately radioed somebody and he waved us through. He said, “Run, run”. And run we did.

Enter the music from Home Alone.

This is what my brother heard when we were running for our lives.

If you know Victoria Mall and Abreeza Mall, and the distance between them. That’s how far we had to run. And I was in a panic state, and my hands and my facial muscles started to freeze, and it was hard for me to put one foot in front of the other at that point. But I stopped, and flexed my fingers, and remembered I know we can do this, and off I went. My brother saw that I was struggling and he went back a few feet and helped me with my luggage. I got two and Roy was far from us for him to help me.

As soon as I saw our check in counter, I was relieved and pushed through my agitation and ran towards it for the final baggage carousel check. Then we half-ran half-walked our way to the walkway bridge to our airplane. It was the Cebu Pacific 5J 760 captain’s call to wait for us, and  we don’t know who you are but we are grateful.

When we finally entered the airplane, I can see the passenger’s disgusted and sorry faces, and all I said was, I’m so sorry, I’m so sorry, multiple times. That’s all I can do at that time anyways. And then, I breathed.

When we left Jakarta, I felt strange. I didn’t believe we were going to make it. But miracles do happen and Jakarta is one big miracle. We are grateful for every experience, every person whom we interacted with. Terima kasih!

The hero of this story, is Mr. Iwan Kustiandy, whom we owe our gratitude. Sir thank you for investing in us and for doing everything you can, in your power, to help us in this intense Jakarta experience. You are the hero of my story and I hope, one day, we can go back to Jakarta and thank you properly.

The moral of this story, is simple actually, just two words. Time and facts. Be mindful of time. Be mindful of your facts when going from point a to point b. That’s how I can best simplify it. I also hope that this anecdote can motivate people and us,  to travel more and to experience life more.

The Zipsite and Davao group 🙂 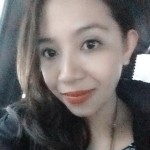 Allow Zipsite to send you new posts and downloads!

About Maida She is Zipsite's all around Zipsiter. Only clocks out when she can barely stand. She sings, bakes, and tries so hard to be fit. But don't judge, she can literally strong arm you no problem. She's currently involved with eCorp, Contrib and VNOC, besides being a Brazilian Jiu Jit Su practitioner.

Why You Can’t Trick Google

How to Prevent WordPress hacks

It’s easy: all we need is your email & your eternal love. But we’ll settle for your email.

In return, you can have access to our digital toolbox for free, weekly digital free coupons on apps and recommended ebooks for free plus allow you to submit posts, links to our directory.